Difficulty switching between touchscreen and touchpad

I’m having a little trouble switching between using my touchscreen and touchpad. If I start using the touchscreen, it seems the touchpad becomes disabled and I can’t get it to work and control the mouse again unless i vigorously move back and forth with my finger on it. Is there a specific gestrure I’m supposed to use in order to regain control via touchpad? Or is there some way to enable both screen and pad to work simultaneously? 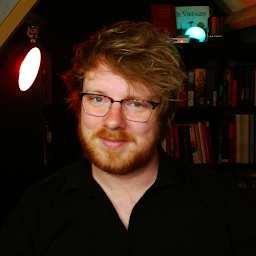 So close to fixing touchpad issues: How to edit Tablet mode actions?

it looks like that might be related. i tinkered a little bit and found that by moving my finger slowly rightward accross my touchpad brings it back into control. I don’t want to mess with the settings so will just stick with using this gesture.

unfortunately i spoke too quickly here, the touchpad issues are worse and more widespread than i thought. if im using the web browser chrome i can usually gain touchpad control back by rightward motion accross my touchpad, but doesn’t seem to work if im using the system itself. this problem seems to arise spontaneously and not even linked to using the touchscreen, just sometimes the touchpad will no longer be able to control the mouse cursor…weird!

I did a simple restart of the system which seems to have fixed the problem for now, although i do see a lot of threads about problems with the touchpad in linux.

spoke too soon again… problem is back. did some digging looks like it is a known issue, Cursor not show up after using touchscreen in X11 (#2344) · Issues · GNOME / mutter · GitLab

Well found. So it has been fixed. It is in 22.10 currently. It missed the backport into the upcoming mutter version due shortly in 22.04 hopefully it will make it into the next backport … so that should be around oct/nov time.

hopefully it is in the next backport, this is a super annoying glitch!

I had this issue as well with a Lenovo laptop with a touch screen. It is running Ubuntu Budgie 22.04 and I’m waiting for the next LTS release or upstream fix to address this issue too. If I use the touch screen the mouse cursor would not come back even I used a mouse that was plugged in, the touchpad, or the red trackpad button in the middle of the keyboard. It would continue to function albeit with an invisible mouse cursor.

When I first looked into this issue it was clear there was some upstream changes that need to be made to fix this issue and that the temporary work around, for me, was to push the mouse up to the top where my start bar is and click with a mouse button. My cursor would then reappear so it was a work around - albeit an annoying one.

I recently tried this work around and now that work around doesn’t work either so I am now stuck having to reboot my laptop to get mouse functionality back. Is there any other workaround I can do to get this to work on 22.04 to get around this frustrating issue? I would be happy to install specific packages from trusted sources to address this as a stop-gap measure until a full fix is released upstream in an LTS update at a later date as well.

Do any of these answers work for this issue?

Yes, it’s highly annoying that this problem has not been fixed yet by updates. One thing that usually works is swtiching to a text console (ctrl alt F1) and typing the command:
sudo modprobe -r psmouse
followed by
sudo modprobe -i psmouse

than switch back to graphics (ctrl alt F7)

I took a look at that link and there are many solutions suggested which didn’t work. What did work for me was resetting LIghtDM entirely via sudo service lightdm restart.

I’m then left with a visible mouse cursor and the login screen. Once logging in all my apps that were open are gone so it’s like a restart without having to wait for the laptop to boot up and reach the login screen.

At least this method is slightly faster than the sudo modprob trick and swtiching back to graphics (ctrl alt f7).

Does restarting budgie-wm which is the budgie name for mutter work?

Doesn’t seem to help. It restarts Budgie-WM but the same issue of the mouse working but with zero mouse cursor when trying to move back to using the mouse after touching the touchscreen remains.

The mouse cursor does re-appear briefly before disappearing again once Budgie-WM is fully restarted.