Autoplank embedded with the system

Just as the Plank application is already installed by default, which I think is wonderful, as the title says, it would be helpful to have the Autoplank application installed by default in the system, which in case some do not know it yet, it helps Plank to change automatically from the screen when we are with the cursor in one of the two screens and we move the mouse to the area below, the plank automatically appears on that screen. It is an application that makes life very comfortable in the system and it would be best to have it by default, since it is a hassle to always have to go to the first screen to simply open an application.
And since I say this, I take the opportunity to say that the same thing happens with the upper panel, you should put the option of being able to create a new one on the other screen or even better to be able to mark an option so that the same one that already exists is shown in all the screens, it seems to me the best.

No immediate plans in this area.

More than happy to work with any inspirational member of the community who wants to put in the effort to make this happen.

The truth is that I wish I could help right now but currently my knowledge only reaches app development with Dart and Flutter, I am very new to programming. Also, I don’t like making requests very much and if I knew how to do it, I would not simply have made the request, but I would have given you a solution.
Also in what could help I would be delighted.

development with Dart and Flutter, 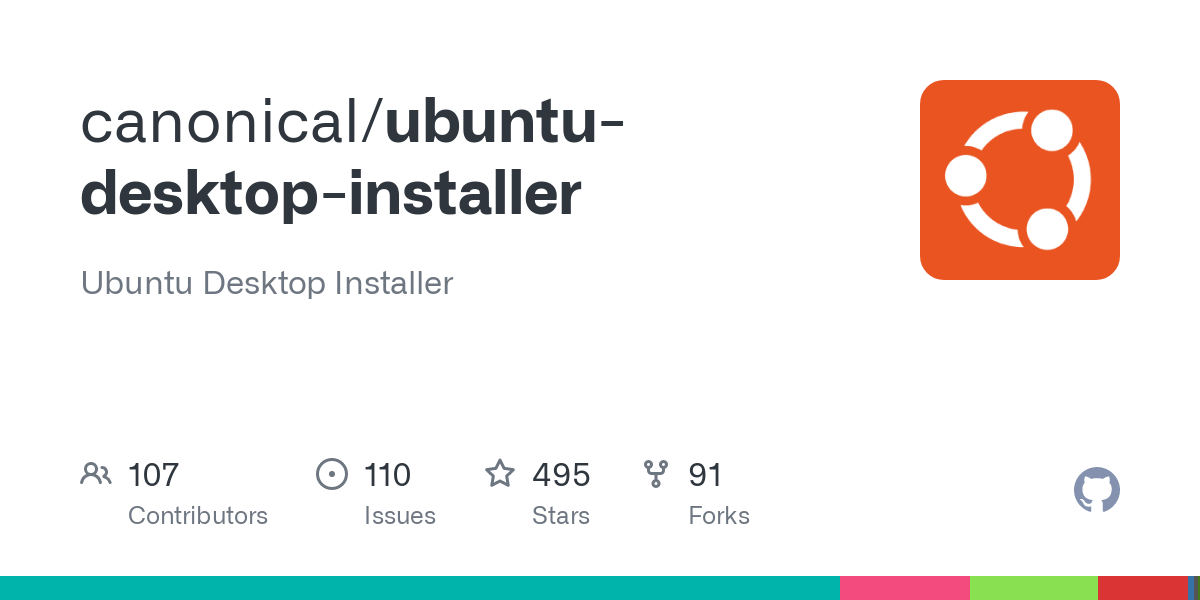 Contribute to canonical/ubuntu-desktop-installer development by creating an account on GitHub.

And what should I do?
I have tried cloning the repository and running the application as it says in the github repository, but currently the installer just runs a gray screen.
Also I have problems in many files, I need to know what you need from me.

Maybe I made a mistake during the installation