While these features are just a few lines to mention, there are quite a few parameters involved, which need to be defined in the setup definition:

and additionally in setting up layouts:

Currently, we are considering what would be the best way to present these features in such a way that user won’t drown in a jungle of options, but yet be easily able to fully use all features.

Shuffler got its rewritten Control window, and a bunch of additional features. More on the sbject will follow soon

I’m unsure that I can provide any particularly useful feedback as I’ve been using Ubuntu Budgie for maybe three months and I only started using Shuffler yesterday. What I can provide however–and have been meaning to since I began using Ubuntu Budgie–is praise of those of you working on this distro (which of course includes the Shuffler functionality). It took some doing to convince myself to finally make the jump from Mint/MATE–a decision made a bit easier by my Sony laptop which suddenly quit working–but am I glad that I did. Having been using Linux for a decade I’ve never installed a distro quite as satisfying this one. It’s built on Ubuntu; is seamlessly functional, stable, configurable, attractive… IMO, it has it all.

As for Shuffler itself, what a damn fine piece of software!.. For three months I’ve been having my system auto-load apps and then manually arranging them. Yesterday, I decided to look into using shuffler and thanks to its excellent functionality, now my work arranging windows when I log into my system is greatly reduced.

These new Shuffler features represent the kind of functionality that I highly value. Like most people, I’m project oriented and it sounds like the new changes will more or less enable the ability to manage “projects” from a window placement perspective (which thus far I’ve only seen implemented–though not necessarily comprehensively–via Compiz). Kudos to the dev team here for valuing workflow efficiency as seems to be evident in Ubuntu Budgie overall. This distro is clearly built for getting work accomplished and not just surfing the web and playing games.

My general workflow is based on arranging particular windows on each of my four workspaces. Instances of the text editor, the file manager and Tilix are all arranged on workspace 1. Workspace 2 is dedicated to internet apps such as the web browser (Palemoon), usually running full-screen. Workspace 3 is for additional utilities. For example, here I keep an app running called “LAN Messenger” that allows me to easily communicate and share files with others in our household without going out over the Internet. I also keep the system monitor app running here as I only have 4GB of memory on my system (soon to be 16GB). Workspace 4 is project oriented and depends on what I’m presently working on. As I’m often engaged in creative work of one form or another, this workspace may have LibreOffice Writer open, a video editor such as Shotcut or a “single-pane” outliner application that I developed for keeping notes. So that’s more or less how I currently use my system. With the proposed changes to shuffler, I imagine that my third and fourth workspaces might be preconfigured according to the “project” that I’m currently working on, which would be great.

Again, you folks here have done a tremendous job on Ubuntu Budgie and I just wanted to provide a bit of general feedback in addition to responding specifically re. Shuffler.

Not very useful information ahead I’m afraid, but I’ll offer some feedback. I’m not as picky as most about my desktop layout. The windows go wherever, and I accept it. The drawback to this is as I have more and more windows open, it gets disorganized. So even though I’m not as picky, I find Window Shuffler to be one of the most invaluable parts of UB, because it allows me to quickly reorganize the “mess” I made very efficiently, with very few keystrokes when I am working on something that needs a little bit more care. I agree it is such a fantastic tool, and I can’t live without it anymore. The fact that I can go from drowning in open windows to a well organized desktop in mere seconds speaks volumes of Shuffler.

I do make use of the ability to open some windows in places using what you posted before for a couple projects, though. That feature is great! I guess I would find handy perhaps a way to “save” the state of the open windows, with like a hot key, or a hot key that pops up a menu maybe, if I was going to be using those same programs frequently. Then I could close them, do something else, then select that state to reload whenever I needed to get back to them. Of course in this example, having the windows open with the files they were currently using would be necessary, but I don’t know how that could be done without a bit of manual editing.

The only real criticism I have for window shuffler is that I keep forgetting I have to enable it if I ever reinstall. But that’s my fault.

One thing that would be really useful would be the ability to set different grids for each monitor (for people that have dual monitors).

To keep you posted on where we’ll probably go:

So we can create new windows: 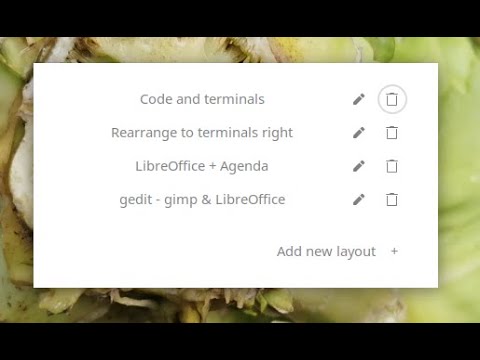 Or tell Layouts to rearrange: 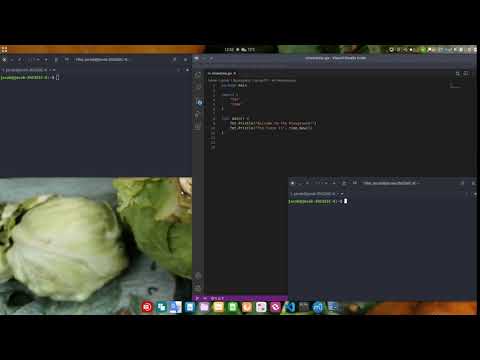 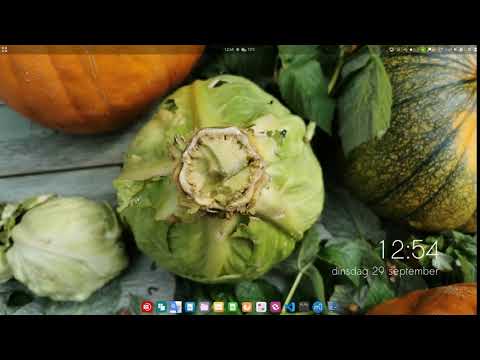 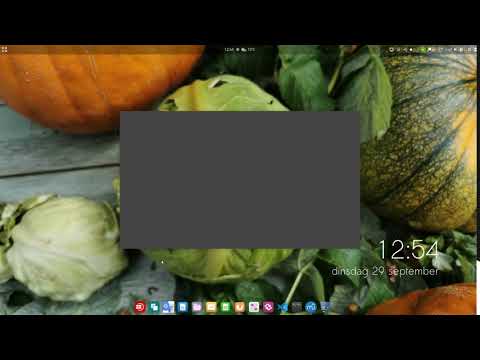 I like the shuffler very much. The shortcuts are so helpful in arranging the windows on the screen. As always, the UB team is doing a terrific job in making things work smoothly and perfectly.

I wonder if it is possible with the shuffler to arrange windows in tiles as soon as they are opened, without using shortcuts. Like when you open the LibreOffice app in full screen and then another application that pushes LibreOffice to the side when it is opened.

And when you close one application that the other goes in full screen immediately without using a shortcut?

I have seen this with window tiling managers and wonder if the shuffler has the capability.

I must say I myself am not particularly fond of auto-resizing. Almost always, if I deliberately size a window of an application Like LibreOffice, I wouldn’t have it automatically resize. To define which is precisely the desired behavior would require even a bigger set of options, while we already have to decide on quite a few things.

With layouts however, you will be able to define different layouts of a set of windows. This will also allow you to resize & reorganize a set of existing windows in one click.

Thanks for your swift reply and the detailed information. I have seen an extension for gnome (Material Shell) that has this feature and I found it interesting. But I understand that there a lot of decisions involved it the project to see if it makes sense for a broader public and the UB workflow.

I have installed the backport ppa and I am accompanying the evolution, news and updates of the shuffler.

Any idea when will the layouts be available for testing?

The purely functional work is done and seems quite solid on both layouts and window rules. Layouts GUI is almost done, window rules GUI yet to write, but can for the major part be similar to layouts GUI.
Polishing of the GUI however often is a time-consuming matter.
I expect the first test results in 1-2 months.

Will the newly updated window shuffler be added in the github… It would useful for non-ubuntu users!

At the moment the new stuff is being added into non built code modules … you can adjust the meson.build to compile these in. Once Jacob is happy the switch from ‘new’ to built modules will be done.

Thanks for the link

9 posts were split to a new topic: Installing Window Shuffler on Fedora 34