Regarding KVM not recognizing your ISOs, is it just not detecting the OS? I have seen that happen and if that the only issue, you can just disable auto detection and select it from the list.
Having said that, virtualbox is perfectly fine too.

Personally, I would just reinstall windows. Especially if your needs have changed and windows is only needed for just a couple of things, it’s a good time to do a fresh install, keep it light.
But, if your windows has a lot of licensed software that would be a pain to reinstall by hand, you can always convert it. There are several ways to do that, let me link an article. Let us know how it goes! 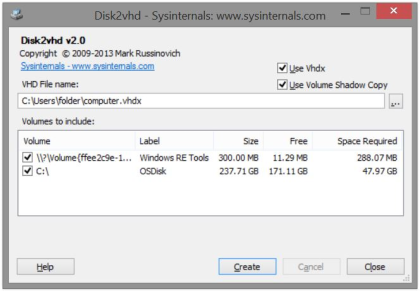 With KVM, it is not detecting either with auto detect or even turning off the auto detect, I would select the ISO for the operating system, but it would not recognize any ISO that I would attempt to use. The weird thing with this is that I have tried on my computer as well as a couple laptops and it is always the same thing, when I would look at tutorial videos for installing a virtual machine OS on KVM, I would have everything the same as they are, but they are able to go right through, but I am not able to.

I have gotten rid of the actual Windows on my computer to have it just as the virtual machine, but when I was wiping the Windows NVMe, that gave me even more of a reason for why I hate Windows. When I cleared the NVMe, it then caused me to have to reinstall Linux, because of how the Windows Boot Manager overtook Grub.

With KVM, it is not detecting either with auto detect or even turning off the auto detect, I would select the ISO for the operating system, but it would not recognize any ISO that I would attempt to use.

I never recommend multi boot for this reason and other similar reasons. It is fairly easy to get into multi boot, but it can become very hard to get out of it. Or, an issue with one of the operative systems installed, can result in all the operative systems not booting. Certainly can be fixed but the skill level required is quite high.

So, I think you just simplified your life sticking to one operative system and leaving the rest as virtual machines. Well done, good choice!

There was a time years ago where I was just using Linux, but I needed to go back to Windows at that time, when Windows 7 was still the current release of Windows, I never had the issue with the Windows Boot Manager overtaking GRUB, but Windows 10 makes it very difficult no matter which order you install the operating systems. Even though I had been using Windows, I have not liked it for a very long time, but needed to use it for applications before. Now that I have a system that is capable of running the virtual machine for Windows 10 smoothly and the way that there are very little applications that I use that need Windows to actually work, I’ve been able to finally get Windows off my computer as a physical install.

Just for reference, I add this here.

For those that have such limited need of windows on the hardware, it is possible to do so and quite easily. I have done a few times using this tool: [Official] Best Free Windows To Go Creator Wizard Helps Create Portable Windows 11/10/8/7!

My computer is actually a desktop one, so, I don’t have to worry about that, everything for the fans is controlled in my BIOS. My school work is able to work on Windows, Linux or Mac. I appreciate your reference though. I have Windows 10 as a virtual machine for anything that I would need to use Windows for.

I’m trying to find out how to get the virtual machines to recognize USB devices when I have them plugged in, my virtual machine is able to recognize my webcam and printer, which are both USB, but other devices like flash drives for instance, I am not able to get it to recognize. I have the extras installed that VirtualBox has available to get all the drivers and everything on, which that also gives the ability for the virtual machine to have access to host drives that I want to share with the VM. I’m not able to figure out though how to get the USB part done, the video tutorials that I was finding were for older versions of Ubuntu as well as VirtualBox.

Not sure if this is your issue but in Virtualbox, you need an extension pack to enable some features, like usb. This is the download page: Downloads – Oracle VM VirtualBox
Once you have it downloaded, you can add it to Virtualbox by double clicking it or via Virtualbox settings.

That extension pack that you’re referring to is what I was inferring about with the extras. The USB area does not show when I have USB devices plugged in. A video that I found from a few years ago was showing that I needed to go into the User Settings in the Ubuntu settings where there was an option to select for the virtual machine to see the USB, but I was not seeing that when looking in the User settings.

No. In virtualbox itself, open the settings for the virtual machine. There is a usb section. It is there that you can use to connect the connected usb device before you power on the vm itself.

So, the USB devices would need to be enabled before the VM is started, that’s the only way that they would be able to be detected?

You will have to play to see what the art of the possible is today, but yes the virtualisation hypervisor has to be told what device needs to be connected to which guest. Remember you could be running dozens on guests.

In KVM this is done in real time, I can map and unmap USB devices on the fly, no need to reboot VM. But I remember you said you had issues with it and had to switch to virtualbox.

Virtualbox also allows you to map and share folders between host and guest, maybe that can be another way for you to quickly transfer data without rebooting?

For the sharing of drives, I’m able to share without needing to shutdown and reboot the guest operating system, I was more curious about when I would plug USB devices in, since they were not showing as options in the virtual machine USB area. I have not tried my drawing tablet yet as I’m in the process of packing to move this weekend, but I’ll be trying that after I get to my new place. I know that my camera and printer are both being detected though by my virtual machine.