So you think your Pi can handle the Budgie Desktop Environment?!

Well I sure did, so I went searching for operating systems that support ARM and more specifically Raspberry Pi’s. I came across quite a few but Ubuntu definitely looked promising with all of the community backing. I started out by installing Ubuntu Core and giving that a shot, unfortunately the strict guiding on their ssh keys when you first install the OS deterred me. That’s when I came across Ubuntu Server and their extremely well written troubleshooting and basic guide on their website.

You are gonna want to backup all information from your Raspberry Pi before continuing forward. It’s also worthy to note that even though you can install Ubuntu Budgie on a Raspberry Pi, it will most likely be too slow to be used for most daily tasks or even usable in some cases. I am not responsible for any damage caused by following this guide continue at your own risk, I assume that you have at least moderate experience in the Linux ecosystem in this tutorial.

Additional things you can try to figure out 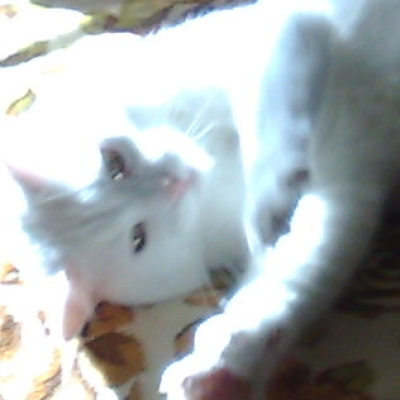 Things that need improvement (For Developers)

Currently Ubuntu Budgie is pretty iffy on a Raspberry Pi, from sluggish performance to not detecting that it’s connected to Ethernet yet still being able to do software upgrade and browse the internet. I really hope this guide will help developers start getting a move on making this actually usable and it would be awesome to use on a daily basis.

PS. Please show me how to make it fit the entire top/bottom of my widescreen display (21:9) <3

Would be interesting to start from the 19.04 ubuntu mate pi image rather than the server image… strip back the mate desktop elements before just adding budgie-desktop.

I know the mate pi image has had a ton of work done to it to get acceleration and other stuff working correctly.

Also just installing the bare-bones budgie-desktop package should reduce the memory requirements and allow to tailor the full installation.

I had issues installing Ubuntu Budgie Desktop (Full package) on Ubuntu 18.04, which is the only version Mate provides atm from what I see. But I might give it another try soon.

I really wanted this to work well on Raspbian/DietPi, but for some reason budgie-wm absolutely KILLS on those OSes, could be because of armhf

Need to dig into the logs to find out why the crashes occurs.

Could be just missing packages.

It doesn’t crash exactly, just a black background (Not sure if that’s default or what) and my raspberry pi just struggling a crap load.

Also offtopic, but have you considered making a Discord/Slack for Ubuntu Budgie?

I have installed budgie-desktop 18.04 package ok on a qemu arm based vm.

Not sure discord/slack adds value. Would need convincing. But this is another topic, not in this thread

I think I know what I did wrong actually, I might need to install the ubuntubudgie backports ppa before doing that… Lol

FYI - feedback that I have received separately - the 19.10 Server ARM image coupled with a Pi4 + 4GB installs and runs UB just fine. The window manager is a little slow due to no hardware acceleration (Pi issue itself). However I understand that the software rendering fallback has been just greatly improved in the upstream mutter that will find its way into 20.04LTS. So UB on Pi4 + 4GB looks very promising.