Ubuntu 20.10 beta is available, I thought UB 20.10 beta would appear on the same date, but I can only find dailies.

Remember - beta is just a point in time (i.e. reference)- so the beta is the same as the daily from yesterday and probably today.

Canonical will then allow the dailies to continue - these are released here: 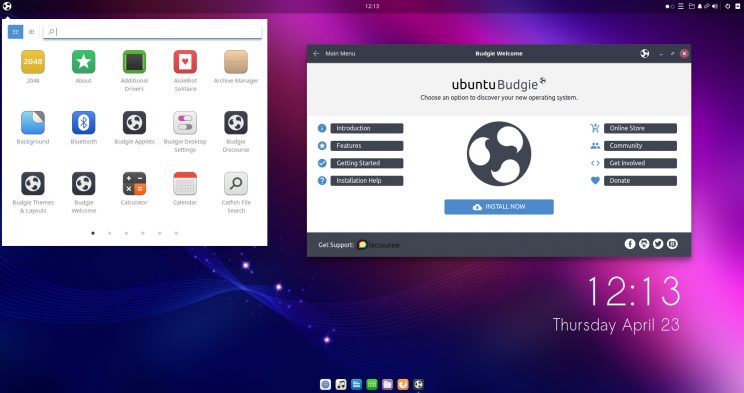 Ubuntu Budgie 20.04 is a normal release that will be supported for 9 months until July 2021. Long Term Releases such as 20.04.1 provide assured stability over a longer term (3 yrs) than a standard 9…

Thanks. I had assumed that for it to be issued as a beta it had to have achieved certain milestones or passed certain tests.

I know that dailies are not supposed to be used on live systems, but in recent years I have installed the beta without problems. Only on a (well backed-up) home computer so not too demanding.

…or maybe not. I get a “No EFE partition…” error whatever that is, I’ve never seen it before.

That is covered in the known issues section of the release notes.

Please use the live session to install.

When the installation fails report it to launchpad

Whoops, I shouldn’t have made my usual assumption that the release notes would be irrelevant and/or too technical for me.

I still get the error when I attempt to install from the live session: “Missing EFE boot partition…” and then “Carry on at your own risk”. No thanks! Installation is scary enough without problems with the installer.

I’d prefer not to report a bug as my understanding of the problem is so poor.

I imagine that I could install Ubuntu Budgie 20.04, then when 20.10 is live upgrade to that without encountering that Ubuquity bug.

Thats for the standard GNOME Shell edition. UB and the other flavours have signed up for the 3 yr support cycle.

We would only consider a 5yr period if we had some serious corporate sponsorship that would fund full time developers who could look after the distro for that length of time.

@fossfreedom I see one correction in first part of release notes. Is it deliberate?

thanks - fixed and updated !

For someone who is installing a Beta on his live system

I posted earlier that I was reluctant to post a bug as my understanding of the problem was poor. Since then I have found Launchpad>Questions and posted a question there, I got good advice - a link to an existing bug on Launchpad>Bugs where I could just add a comment about my experience. It seems that it is a recognised bug.

2 posts were merged into an existing topic: Ubuntu Budgie 20.10 Released!