Budgie-core updated budgie-theme (Pocillio,…) yesterday.
After reboot the network icon is black and the spacers are white instead of dark color.
Network icon stays black when changing theme settings.

That does occasionally occur after first logon. That is because of the very buggy system tray applet.

Restarting the panel resolves this when it happens … or moving the panel from top to bottom and back again via budgie settings.

I personally dont use the system tray applet I have removed it.

Is there a way to fix this with keeping the system tray?

I personally dont use the system tray applet. I use the network applet from Menu-Budgie Applets to display network connectivity

I did the nohup command today and im stuck with this:

Doesnt show the menu button on the left, lots of stuff missing from the right.

Tried rebooting and still not there, will have to try the budgie settings.

How do I get the budgie settings from terminal?

it’s called budgie-desktop-settings from a terminal.

So for me it would be ok to remove the system tray applet, but inside it I do not only have the network manager, it also shows Parcellite, I would have thought that Parcellite would be inside the AppIndicator instead but it isn’t. Should I maybe install a different clipboard manager?

Should I maybe install a different clipboard manager?

I personally use clipit which is an appindicator 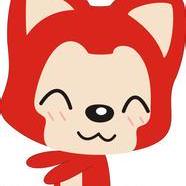 Contribute to zhboner/Budgie-clipboard-manager development by creating an account on GitHub.