Hello,
Just upgraded to ubuntu budgie 19.10 and whilst I am pleased with a lot of the improvements, it seems that there are issues with my custom keyboard shortcuts. We use gnome settings daemon to set these… and they are not working anymore?

Have just raised an issue about this on gnome https://gitlab.gnome.org/GNOME/gnome-settings-daemon/issues/462

However it would also be nice to know if budgie is doing anything special regarding these keyboard shortcuts, that might be interfering in any way.

Have not tried logging in to ubuntu gnome DE yet… might try that tomorrow.

It seems that the behaviour is rather unpredictable since some of my shortcuts started working after a reboot, then they broke again after another reboot without and clear reason why. Very confusing situation.

Thank you for this tip. I have applied it and rebooted. This may be helpful for other reasons… such as more consistently working between reboots. As for example my alt+tab and certain other ones were flakey.

Well here I just did that and found there are now a whole bunch of duplicate ‘static’ entries added since the upgrade. These duplicate entries were not existing before. Here is an example: 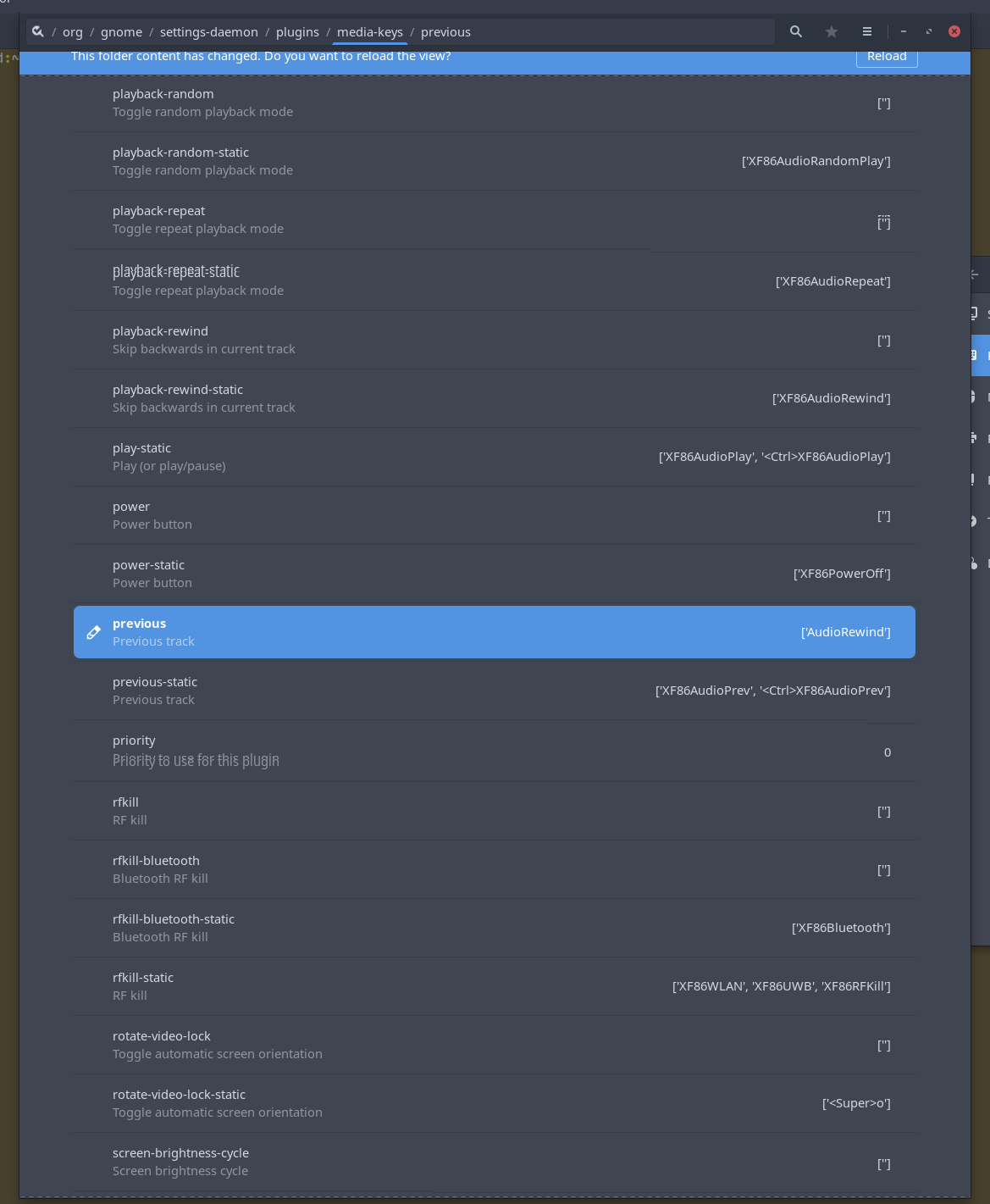 curious … I’ve never seen those “static” things before. I’m guessing this is a gnome-settings-daemon functionality given where the static entries are - but for the life of me I don’t understand why this was changed in GNOME 3.34.

Yeah I’m still thankful for that other ‘turn off IBUS’ fix though. To stop the other weirdness.

What clearing the default binding did also was to actually permit me to assign now the volume up button in the gnome settings / control centre official GUI (not dconf). So back in there I can now assign volume up. And the exact name that appears assigned for that key in the Dconf editor appears as AudioRaiseVolume instead. And with no [ , ] array brackets. So maybe I can manually tweak that as a text string in dconf too. In order to enable using it with shift+ modifiers or ctrl+ modifier keys for making those other subtle ‘precise’ adjustment etc.

Which is (I am guessing) some new good benefits / reasons why there are now multiple default shortcuts appearing for those new variations in the dconf entries listings. As can also be seen in my dconf screenshot above (last message). Which is great and all to be able to know how to set that finer controls / modifiers on the media keys. However it’s a heck of a lot of work though! To go through everything properly.

Currently wondering what’s the best way to do this, if I should first nuke the whole dconf folder / tree there. And get it to reset the all first. Because I think maybe I still have the original commandline for creating my own customizations somewhere.

Anyhow - check your own dconf database too! In the dconf editor. At / org / gnome / settings-daemon / plugins / media-keys. This is also where the custom keybindings are written too (into a sub folder of that named custom-keybindings). See if you have these same new extra ones and ‘static’ whatever?

It’s almost like the official GUI (the long list in gnome control centre --> devices --> keyboard) has not caught up to properly deal with them / handle them. Or it’s just because the cruft from existing upgrading users with the old entries are not the same anymore… IDK